Interview with the head pastor of Gethsemane concerning the interdenominational festival July, 17 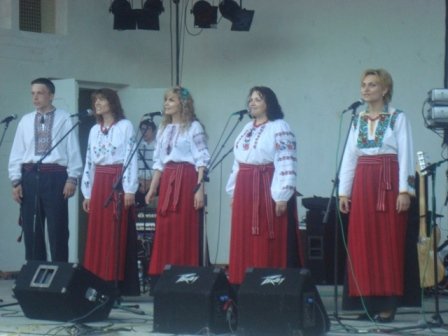 July 17, 2010. Gethsemane church organized the 1st International Interdenominational Festival of Contemporary Christian music “WITH GOD INTO THE FUTURE” – a unique event, where performers of different ages and music styles came from various churches and countries and performed on the same stage. They main goal was to reach out to youth and say why it’s much better to go into their future with God!

Pastor Valeriy invited three performing guests – a Christian singer and evangelist Oksamita and two bands. One Roman Catholic children’s band “Noah’s Ark” and the other – the headliner and the special guest of the event an international music band “THE OUTLANDERS” (USA, UK, Germany, Croatia).

The first day of the Festival took place in Lviv on an open air park stage. The City administration gave us the concert site free of charge. Gethsemane church worship group was the first to sing and ask God’s blessing on the land by a song “We pray for our land”. Oksana Midyk – speaking a greeting word from the Department of Culture of the Lviv Region administration.

Father Yustyn Rusyn, Roman Catholic Order of Capuchin Friars Minor – the organizer of the “Noah’s Ark”children’s band. “Noah’s Ark” – kids sing, parents play to a contemporary style Christian music. The Friar, the nun and the kids. Everybody enjoyed the performance. OKSAMITA, a singer and an evangelist from Kiev, not just sang, but also shared the importance of turning to God and trusting HIm. The band brought its own sound and light equipment and produced a wonderful show.

After the concert the musicians went down to talk t the youth and true values of life. Several young people turned to God.